In the "Flash Sync Speed Explained" article we explained how the shutter curtains work and why camera's have a flash sync speed limitation.  However, simply knowing how this stuff works does not really help you when you are trying to get a wide angle shot of an athlete flying by you, and you want to use flash. 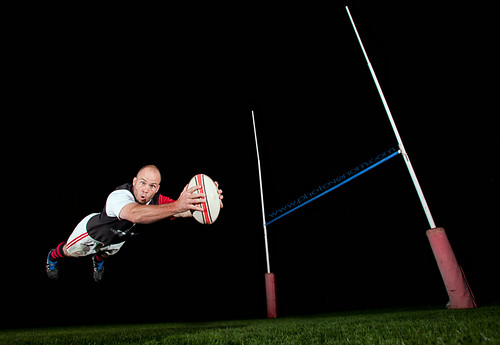 There are few solutions for this "problem," some of which require an extra investment while others require unique techniques with your gear.

The first and easiest way to increase the sync speed is by using the new Pocket Wizard Mini TT1 and Hyper-Sync Mode.  You connect it to your computer via the USB port in order to set it up for high speed shooting.  After you connect and open the software supplied with the device, open the menu and find the "Sync Timing" tab.  Use the slider inside the tab to delay the flash a bit (which is going to give you some extra sync speed by delaying when the flash is triggered during the shot).   You will have to experiment with different settings and unfortunately they will be different for every different camera model.  You'll have to test it after each modification in delay, so start with a low number and experiment every time you change the setting.  Once you get it right you will be able to sync at  1/320th to 1/500th of a second without getting any halo on the bottom of the frame using your camera-made flash.  With studio flashes you may be able to get 1/2000th or even higher! 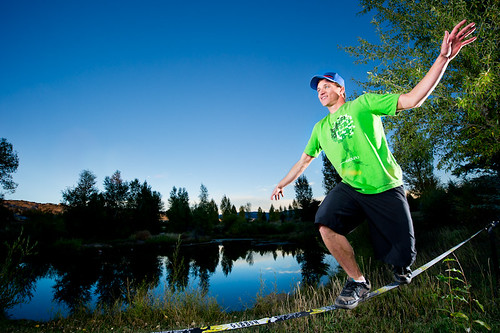 Getting a pair of Pocket Wizard Mini TT1 and Flex TT5 will let you sync at any given speed using High Speed Sync mode, and you can have your flash as far as 1200 feet away from the camera.  This is amazing because the pocket wizards treat the flash as if it is on top of your camera, so you can adjust the power settings, use TTL metering and all the other benefits.  The only down side is that hot shoe flashes have less power than studio models.  At high shutter speeds the two shutter curtains travel pretty close to each other and there is a little opening that actually exposes the sensor.  That's why the flash has to produce multiple bursts of light (High Speed Sync) and stay on during the whole interval of the exposure.  This leads to less power output from the flash.  We recommend this system for shooting sports like skateboarding, mountain biking, etc.  Where you can place the flashes close enough  to your athlete and you don't have to cover a great distance.

Next is the Nikon CLS system that let's you sync at any given speed, kind of like the TT1 and TT5.  It's great because depending on your camera model, you may have it set up using the built-in flash.  If that's not the case, you'll have to have 2 nikon flashes (1 sb-800 or 900, and one 600, 700, 800, or 900).   Because all the information is transferred via infrared signal, you have to have a clear visual line between the flashes and camera.  The flashes also need to be pretty close to the camera.  Despite this setback, it's a great and affordable option that you may already own!

Another option is to use an older camera that has a CCD sensor.  Canon's original 1D, Nikon's D40, D50 and D70 are all good examples.  These cameras have shutter curtains only at low shutter speeds, once the shutter speed goes over 1/125th the camera turns the sensor ON and OFF.  The interval of time that the sensor is on is actually your shutter speed.  That's why you can sync at any speed without getting a halo and the flash exposure covers the whole frame.   The only problem is that they are pretty old and have just 4 to 6 mega pixels resolution.  If the mega pixel race doesn't concern you and you are going to use these images only for the web then this could be your solution. 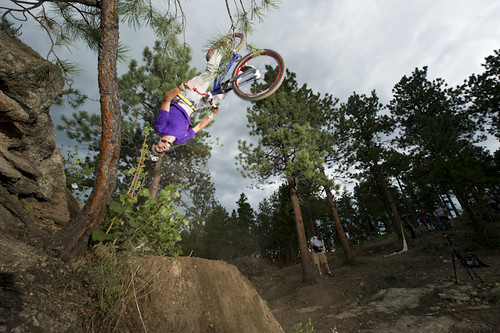 Canon's high end point and shoots like the G10, G11 and G12 are equipped with hot shoe and you can slide a flash or Pocket Wizard in it.  Nikon's P7000 also has the same option.  They have the ability to sync up to 1/2000th of a sec and also shoot RAW images.  This is a great option, but because of the smaller sensor, will not capture images of the same quality as a DSLR.

When you are shooting at night and there is no ambient light to be taken in consideration, flash duration becomes your shutter speed.  This is because everything else is dark and all you can see are the subjects lit by the flash.  So if the flash duration is short the subjects will be sharp, if it is long and the action is fast, a light trail will become visible.  This means that if you can shoot at 1/250th or lower shutter speeds, and still have a sharp fully-lit image assuming your duration is fast.  The provider of your flash should have a chart explaining these durations. 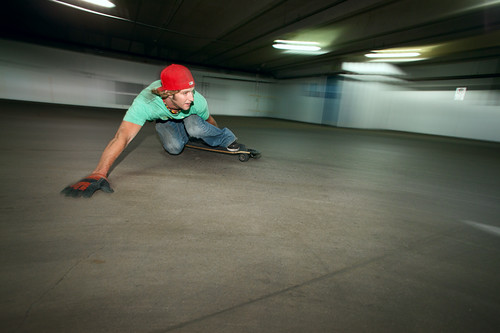 In the next tutorial on flashes and sync speed we are going to explain in detail how you can maximize the flash output and push the sync speed of your camera to get nice and crispy action shots using flash.